Terry would like to describe himself as quiet, shy and retiring. Many of those who know him may agree. The humble, compassionate gentleman who sits behind the glasses has supported the addiction sector for many years.

Beginning his career as a probation officer in Christchurch he formalised various roles at Te Rito Arahi, Māori Alcohol and Drug Treatment Service with an iwi secondment in 1994. Since then, Terry has had roles in the National Addiction Centre at the University of Otago, the Ministry of Health, Matua Raki and now manager of the Te Hau Mārire programme within Te Rau Ora.

Throughout the many roles, Terry has taken every opportunity to share knowledge at local, regional and national levels–to influence and shape practice and service delivery to enhance Māori wellbeing. Many will attest to the multitude of articles, guidelines and intel emailed at random times throughout the day or night.

Terry’s many achievements include publications in gambling, alcohol and other drug and workforce development. He has been involved in the development and implementation of the Takarangi Competency Framework and is a co-author of He Tete Kura, Māori Addiction Treatment:1980-2008. Terry can attest to the many challenges and continued growth in the sector but it is fair to say he has been an active participant in much of the past, current and future history of the addiction treatment sector.

Terry would say one of his greatest achievements would be to spoil the ‘moko’ without getting caught by the parents. 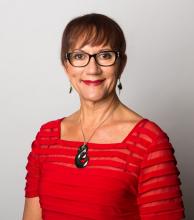