It is an honour to be asked to write this bio for my good friend Keri, a respected and renowned Māori leader. It has also been a challenge deciding what to include in this short bio as there is so much additional information I haven’t been able to include.  I first met Keri in 1987 at a Public Sector Māori Health Leadership hui in Porirua. At the time she was working as a benefits clerk and regional manager of the Community Health Initiatives Funding Scheme for the Regional Department of Health in Rotorua. In 1988, Keri enrolled in an undergraduate degree in Māori and social policy at Waikato University. She also started pre-med but gave it up due to her late mother’s diagnosis of cancer. With medical school out of the question, she instead chose to do a psychology degree at Waikato University.

Keri worked hard to achieve academically, while at the same time, nurturing and supporting other Māori students and staying connected with her whānau. Keri achieved A++-A marks for ten papers in 1989 and made the Deans' academic excellence list at the start of her third year. During this time, she was returning home every day to Rotorua to care for and nurse her mum, who had developed cancer, and was tutoring while also mentoring other Māori students. Keri eventually went on to gain her first degree majoring in Psychology and Sociology, her masters with first-class honours and later completed her PhD.

Although committed to Hauora Māori, it was losing her brother in 1988 that helped to shape her passion which she is now nationally and internationally recognised for, in Māori and indigenous suicide prevention. The year following her brother’s death, she applied for and was successful in being awarded a Fulbright Scholarship for suicide prevention research in indigenous communities in the United States and was based at the East-West Center in Hawai’i, and the Native American Research and Training Center at the University of Arizona. She also studied at UC Berkeley, Johns Hopkins Medical School, the Indian Health Services and visited tribal communities in Alaska, Tucson, Washington state and New Mexico.

Overachieving has become a hallmark of Keri’s life: she was a Māori advisor and policy analyst for the Public Health Commission where she wrote He Matariki, the first-ever strategic plan for Māori public health, was Senior Advisor with the Māori Health Development Commission and New Zealand Families Commission. She was also Strategic Advisor for Ngāi Tāhu Development, a Ngāi Tāhu PhD scholar, worked on the Tūhoe blueprint for a new generation iwi authority and co-authored the Mauri Ora Framework with the Second Ministerial Taskforce for Whānau Violence Prevention. Keri wrote the Post Entry Training Plan for the Clinical Training Agency in 1997 which led to the Māori Psychiatric Registrars Training Programme, development of Te Rau Puawai, Te Rau Matatini and associated rōpū. She also co-developed and co-taught the first New Zealand Indigenous Psychology postgraduate paper at Victoria University, has been educating doctors, medical students psychology students and counsellors, social workers, nurses and community workers since 1989 and has offered self funded decolonisation education in Māori and indigenous communities in the South Pacific, Australia, Alaska, San Francisco, Arizona and many other communities since 1989.

Keri now works for the University of Otago, Wellington School of Medicine where she is as an award-winning educator, lecturer and post-graduate supervisor.  Keri is a researcher with the Prime Minister's prize-winning research group He Kainga Ōranga and fulfils a cultural leadership role within the wider university, Māori communities and is actively involved in protest and resistance actions such as the Foreshore and Seabed protest. She supports Doctors without Borders, Greenpeace, People against Prisons Aotearoa, land rights activism, Treaty activism and is a staunch advocate for rangatahi/mokopuna. Keri has three mokopuna. Keri’s greatest love that has driven her passion, activism and a voice for those less fortunate is her whānau. Keri sums up her life below;

“We can’t give up, because other people rely on those of us who have a voice (and therefore privilege), to exercise our voices on their behalf. If I go to my grave knowing that I’ve dedicated my whole life to speaking up for those who don’t have a voice then maybe I’ll pass on [away]...to be with my tūpuna [ancestors] in a very happy state. The power of people and the power of political activism, and the power of the voices of the oppressed should never be underestimated” (University of Otago, 2018).

Keri is a good example of a leader who practices what she preaches. She will speak up for those who don’t have a voice, but importantly she will also create a safe space for others to speak up for themselves and encourage them to find their voices.

The prize for Outstanding Teacher and Supervisor, UOW, 2018

Researcher, He Kainga Ōranga/Housing and Health

Lawson-Te Aho, K. (2014). The healing is in the pain: revisiting and re-narrating trauma histories as a starting point for healing. International Journal of Psychology and Developing Societies, 26 (2), 181-212. 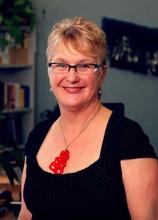 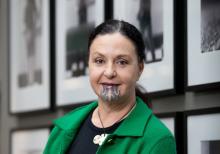 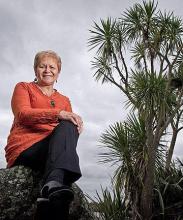