It is a privilege and an honour to tautoko this kaupapa and to acknowledge Dr Dale Bramley and his leadership qualities. Tēnā koe e te rangatira e Dale. Ka mau te wehi.

Dale is firstly a man of principle and integrity.  He is guided by his faith and spirituality and has a strong sense of whānau/family striving to give excellence in all he does. In 1986 Dale was Pope Saint John Paul II’s altar boy when the late pope celebrated mass in Auckland.

Dale grew up and was educated in South Auckland.  He is an inspirational leader and is a strong Māori male role model and a mentor encouraging others to reach their potential. He has acted courageously in mentoring for Diversity and Māori Health Advancement. Dale has a natural sense of justice and a natural flair to influence, innovate and empower others to act with compassion, respect and dignity. His manaakitanga for those he works with and serves both as a Doctor and as a Chief Executive is well known and respected.

Dale is equally comfortable in many different environments whether it be on the Marae or in the Boardroom, in clinical settings or with government ministers and business partner.  He has a depth of experience and business acumen that provides confidence and clarity. A solution focussed change agent unafraid to question and find new ways of thinking about old problems or new challenges.

One of his many strengths is his strong moral compass, integrity, being trustworthy and engendering trust in building meaningful relationships that value people. So it is not surprising that he has travelled widely including India where he was privileged to meet and sit at the feet of Mother Theresa.

As the CEO of the Waitemata District Health Board, he provides leadership in the largest district health board in the country serving a population of 630,000 people. He is a strong advocate and a catalyst for Māori Health innovation for the Auckland region.

Dr Dale Bramley’s Matauranga mahi is impressive and provides both a balance of intelligence and insight into his resilience, determination and commitment.

In 2004 Dale was awarded a Harkness Fellowship in health policy. He worked from Mount Sinai Hospital in New York for the first six months; his chosen topic was Indigenous Disparities in Health Status: A Cross-Country Comparison of New Zealand, Australia, Canada and the United States

Currently, Dale is a board member of the Health Quality and Safety Commission (a ministerial appointment).

Dale has had over 50 published papers in peer-reviewed medical journals. He has previously served on the National Health Committee and the National Ethics Committee.

Finally, Dale is humble and would be the last person to acknowledge his many contributions and talents. I would also like to acknowledge Dale’s wife Kirsten and his children James, Joseph, and Nathan who are the “Poupou” and provide him with strength and unconditional aroha.

Thank you, Dale, for all that you do, you are respected and appreciated by many. 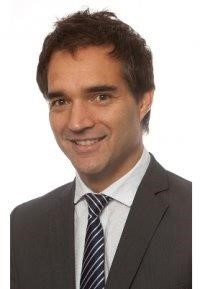 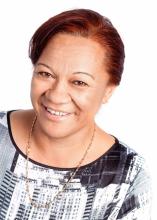 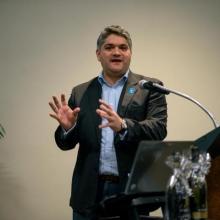